Wendy brought a number of "Novels in verse" that are great to use with reluctant teen readers. (Some deal with "older" themes.)
Love that dog
Shakespeare bats
Brimstone journals
Out of the dust
One of those hideous books where the mother dies
Fishtailing (Wendy's book!!!!)
The crazy man

If you are trying to "sell" a resource, idea or library service to your staff, consider using Nancy's great suggestion and put up a "flyer" advertising the fact in the staff washroom, above the mirror or other prominent location. Your captive audience will be sure to get the message.

The Arrival - a wordless book

Val ordered 15 copies of this wordless book to use with an Elementary class. Great for exploring metaphor and imagery. Wendy also used it with her grade 12s to great effect!
"The Arrival is a story about immigration and finding a new home in a place that is so very different from one's homeland that is quite literally alien to the mind and senses. The author, Shaun Tan's own father was an immigrant from Malaysia who came to Australia to study architecture. Shaun Tan initially intended The Arrival to be a children's book, but it took on a life of its own. The book took five years to create, and the final format is more of a graphic novel than a children's picture book. The Arrival is a completely wordless book, but the story has the power to speak to anyone who has the honor of reading it."
http://www.shauntan.net/books/the-arrival.html
View portions online:

Consider putting together a unit that features Canadian Illustrators.
You could use this book: "Meet Canadian authors and illustrators", as a starting point for names, or look here for other suggestions: http://www.canscaip.org/memberscraft.html

Cathy adapted a number of different "foldable" passport booklets that students can use to "Read around the world" or "read across the genres". Here's a PDF version that you can use as is: http://iriseducation.ca/pdf/passport.pdf
You could even use a suitcase or two as part of your book display!

Eluminate session on Libraries and crisis!

School Library "Crisis" Seminar
http://tlvirtualcafe.wikispaces.com/Crisis_Webinar
Chris Harris - an administrator on the crisis in school library
Buffy Hamilton - librarian - blogger - "The Unquiet Librarian"
(View in Firefox or Internet Explorer - Safari won't load the Eluminate archived presentation properly)
"It's the most exciting time to be a teacher librarian. The opportunities for learning have never been more rich. The studies prove the value of the role of strong school libraries in student achievement. Yet, the pink slips are flying. Where do we go from here?"

The art of game design: a book of lenses By Jesse Schell 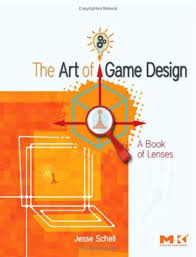 I heard an interesting interview with Jesse Schell on the CBC show Spark.
He has written a book called "The Art of Game Design". In it, he lists 100 "lenses" that game designers need to try on in order to be good designers. What struck me, was how many of these lenses can be transposed into the teacher's role as "lesson designer." While they are not all a perfect fit, it's a great metaphor for what teachers do everyday.
Here's the Google books link for a preview. The table of contents lists all the lenses, and you can read his take on many of them from the Google Books preview.
http://books.google.ca/books?id=LP5xOYMjQKQC&printsec=

Online Teacher Magazines from the UK

http://www.teachernet.gov.uk/teachers/index.cfm
Primary (elementary) and Secondary teachers' magazines. Content is UK-centric, but some of the links and articles are useful. View the current issues or browse the archive.

Magazines are viewable in an online virtual magazine format. They can be downloaded as well.
Interested readers can create an email reminder announcing each new issue.

No More I'm Done!
Fostering Independent Writers in the Primary Grades
Preview the book online.
"No More "I'm Done!" demonstrates how to create a more productive, engaging, and rewarding writer's workshop. Jennifer guides teachers from creating a supportive classroom environment through establishing effective routines; shows teachers how to set up a writer's workshop; and provides an entire year of developmentally appropriate mini-lessons that build confidence and, ultimately, independence. Through her years of teaching and consulting, Jennifer has heard all the tough questions about working with primary writers: How do I get my students to sustain for a full writing period? What do I do about the student who can't choose a topic? What about the student who writes about the same thing every day? She answers these questions and many more in the final chapter of the book."

Dr Bell has just released an enhancement to his fabulous Infotopia site. See below for his message.

"As you know, Infotopia is a student-friendly, safe search engine that many are finding to be a good alternative in the library and classroom, because it accesses only trusted websites previously selected by librarians, teachers and library and educational consortia. At the request of a Canadian user, I am making available a search code menu item in the upper right corner of the page (http://www.infotopia.info ).  Click it to get the necessary code to embed an Infotopia search form in your library and school pages.

Please stay in touch and let me know of any sites or enhancements you would like to see in the search engine."

Gordon
Kwe' aq pjila'si, I am a district Principal - Aboriginal Education for Surrey Schools in BC, Canada. (Formerly a coordinator of Library and Information Services for SD38) I have taught courses in Library Administration and Aboriginal Issues for UBC and have a Masters in Educational Technology and Learning Design. I am also proud to claim my Mi'kmaq heritage. Wela'lioq for visiting.